Don’t Worry, Be Happy.
We can all use a boost now and again, so here are 42 facts about happiness that will hopefully brighten your day.

Each year a UN group publishes the World Happiness Report, which polls people from all over the world about their general happiness. Though Denmark has frequently topped the list, in the most recent edition for 2017 Norway dethroned it as the happiest country in the world.

Not only is there a large gap reported between the world’s happiest and unhappiest countries, happiness is also often extremely unequal within a single nation, and this trend is on the rise. Researchers from the World Happiness report have found that happiness inequality is growing in around half of the world’s countries.

A paper done by researchers at the University of Pittsburgh titled “Dynamics of Facial Expression: Normative Characteristics and Individual Differences” has once and for all settled what we’ve all been wondering: There are 18 different kinds of smile.

How many times has someone told you to “stop and smell the roses?” Well, that may be good advice when it comes to happiness. Some scientists believe that the smell that flowers give off was evolutionarily intended to induce positive feelings in those who smell them. The thinking is that if the smeller is happier, they’re more likely to protect the flower. So go ahead, smell those roses!

Our brains tend to associate certain colors with different feelings such as depression and happiness. Because of this, seeing different colors can have a real effect on your mood. Since bright colors are connected to positive feelings, they can quite literally brighten your day. The happiest color? Yellow.

There have been many studies about mood and sleep, and several have found that happy people tend to get better sleep than unhappy people. Not only that, but it’s also been found that people who get good sleep find it easier to remember positive things about the previous day.

36. The Early Bird Gets the Worm

Ben Franklin said “early to bed, early to rise makes a person healthy, wealthy, and wise,” and he just might have been on to something, at least with the happy part. Although many different people claim to work best at different times throughout the day, studies have shown that people who wake up early to begin work are more productive and happier than people who sleep in and stay up late.

The weather outside can have a strong effect on your emotional well being. Things like Seasonal Affective Disorder (SAD) can make people disproportionately sad in the wintertime, but it’s also reported that people who live in places with more temperate weather—that is, not too hot and not too cold—report higher levels of happiness.

Happiness is contagious. If you live close to a happy friend, you’re more likely to be happy yourself. The same goes for your neighbors, family, and spouse. If you’re around happy people, their emotions can spread from them to you.

When it comes down to it, your mood is a result of your brain chemistry, and eating certain foods can help affect it. Tryptophan is a chemical found in foods like nuts, soy, cheese, and chicken, and it can help boost your brain’s production of another chemical called serotonin, which induces calm and happy feelings.

31. The Ups Mean Less Without the Downs

You’d think you’d be happier if your sports team never lost, but you should be careful what you wish for—people tend to get less enjoyment out of sports if there isn’t any drama. That’s because negative emotions play just as much of a role in our experience with watching sports as positive ones do. That’s why a nail-biter, back and forth contest is more exciting than a complete blowout.

When studying happiness in relation to political beliefs, it’s been found that conservative people tend to be happier than liberal people, although there doesn’t seem to be a single, concrete reason as to why.

Although working hard to master something—like going to the gym, practicing an instrument, or studying hard at school—can lead to unhappiness in the short-term, it’s shown that these things actually make people happier at the end of the day and over time.

More than 22,000 people downloaded an app called Mappiness as a part of a study that wanted to find out how location affected mood. The app asked participants to input their happiness level, and then used GPS to track their location. It found that people tend to be happiest when they’re outside—more specifically, when they’re outside and near the sea.

27. It’s About What’s Inside, Not What’s Outside

We like to think that we’d be happy if we just had that car, or that house, or what have you, but it seems as though that’s not the case. External circumstances like material goods actually have a relatively small effect on overall happiness compared to internal factors like genetics and attitude.

Although, as with most things, your happiness is a combination a lot of different factors, it is at least to a certain degree inherited from your parents. By studying happiness in identical twins, researchers have found that around half of your happiness is related to genetics.

Whether you’re a dog person or a cat person, just having a pet is shown to make people happier. Not only do pets help with feelings like loneliness, they can also help make you form better relationships and become more outgoing and conscientious.

24. Abandon All Hope Ye Who… Want to be Happier?

It seems counter-intuitive, but it seems that actually giving up hope can sometimes make people happier. If you think that the situation you’re in is going to end, you’re less likely to adapt to it. For instance, if you get broken up with but you believe there’s a chance the person will take you back, you’re much less likely to find happiness than if you just move on.

23. People are More Important than Money

If you’re in the pursuit of happiness, make sure that you don’t leave the people in your life behind as you try to get better and better pay. Your relationships with people have a much stronger effect on your happiness than the money in your pocket, and not spending enough time with friends and family is one of the top five deathbed regrets.

Despite what every standup comedian would tell you, marriage actually seems to lead to long term happiness. Most research on the subject implies that married people are happier than non-married people, but this has led to a chicken/egg debate: Does marriage make people happier or are happier people more likely to get married? The jury is still out on that question.

Marriages tend to keep people happier, but this works best when both partners are equally happy. A “happiness gap” in a marriage tends to spell trouble down the road, but thankfully, since happiness is contagious, there is always a good chance that one partner’s happiness will begin to rub off on the other.

20. Get by With a Little Help From Your Friends

It seems like all anyone wants is to stay young forever, but maybe that’s not the best thing to wish for. In several different polls of people from all age groups, although old people suffered more from physical and cognitive issues, they were found to be much happier than their younger counterparts.

One of the reasons that old people seem to be happier is that they are more able to appreciate the little things in life. While young people tend to derive happiness from achieving large, overarching goals, as we get older everyday events like having a nice meal or chatting with friends and relatives become a larger source for happiness.

We all get a little nostalgic now and then, but looking back on good times can actually make you happier in the long run. Researchers have found that thinking about positive memories can help people gain improved self-worth and a more positive outlook on the future.

While a person who lives a meaningful life often also leads a happy one, the two things are not quite the same. What brings meaning into a person’s life is often different from what makes them happy. While money and health are often directly related to a person’s happiness, they have very little to do with that person’s sense of meaning, which usually has more to do with what they give back and often involves stress and challenges.

Buddha had it right—possessions are not what will make you happy. A study done at San Francisco State University found that people who spent their money on experiences rather than on material goods reported having had more satisfaction with the money that they spent and higher happiness overall.

Showing gratitude is just good manners, but it can actually make you a happier person. By expressing gratitude, your mental state is shifted to the positive from the negative, and helps keep feelings like worry at bay.

How many kids have rolled their eyes when their parents told them “it’s better to give than to receive” around the holidays? To all those kids: there’s science to back that up. Studies have shown that altruistic behaviour actually makes us happier (and in a positive cycle, happier people tend to be more altruistic). It’s actually also been found that people who give back tend to live longer.

11. Thinking on Your Feet

Thinking quickly can actually make you happier than reasoning things out slowly. A study published in the journal Psychological Science indicates that when people are forced to think on the fly it can actually lead to more positive moods.

People who work on an hourly basis tend to be happier than people who are salaried. When comparing the relationship between income and happiness, researchers found hourly workers saw the value of their time reflected more directly in each paycheque, and were happier because of it.

In a piece on entrepreneurs for The New Yorker, Malcolm Gladwell cited a claim that people who work for themselves would have to earn two-and-a-half times as much money to be as happy doing the same thing for someone else. 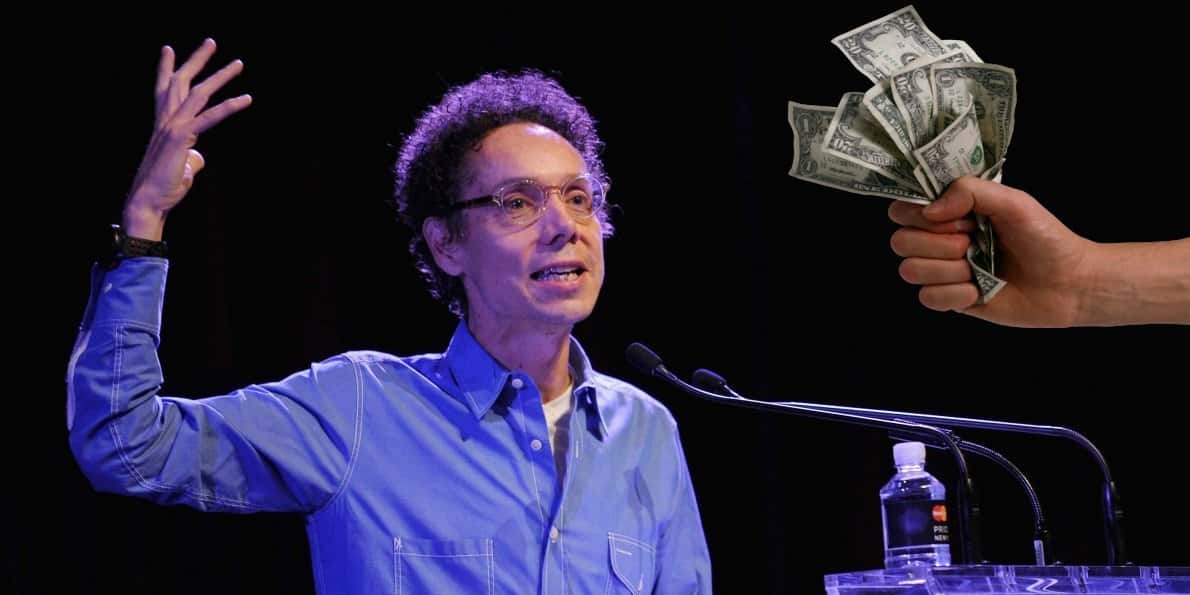 A huge amount of your waking time is spent working. It comes as no surprise, then, that one of the leading factors when it comes to overall happiness is job satisfaction. People who felt fulfilled and secure in their work were found to be much happier than those who didn’t have that luxury.

6. Always Check the Side Effects

Just like with anything, there are good and bad side-effects to being happy. While happiness has been connected to having a healthier heart, lower stress, and a longer life, it’s also associated with more risk taking behaviour such as substance abuse, unprotected sex, and gambling.

In studies about long term arthritis, it’s been found that people who are happier and have a more positive outlook on life tend to experience lower levels of pain than negative Nancys.

As if it didn’t already seem like happy people have it all, they’re also less likely to get sick than unhappy people. Happiness has the power to boost your immune system and has actually been shown to make you less likely to contract the common cold.

Although much of your happiness is within your control, your own brain is actually actively working against you. Our brains are wired to react more strongly to negative stimuli than to positive ones. That’s why one bad Twitter comment can have a stronger effect than 100 positive ones. This negativity bias can make it very hard for some people to take control of their happiness and focus on positive thoughts.

It sounds like a paradox, but if you want make yourself happy, you need to make sure you don’t try too hard. People who constantly and relentlessly pursue personal happiness are less likely to actually achieve it than people who are more relaxed in their approach.

7 thoughts on “42 Joyous Facts About Happiness”